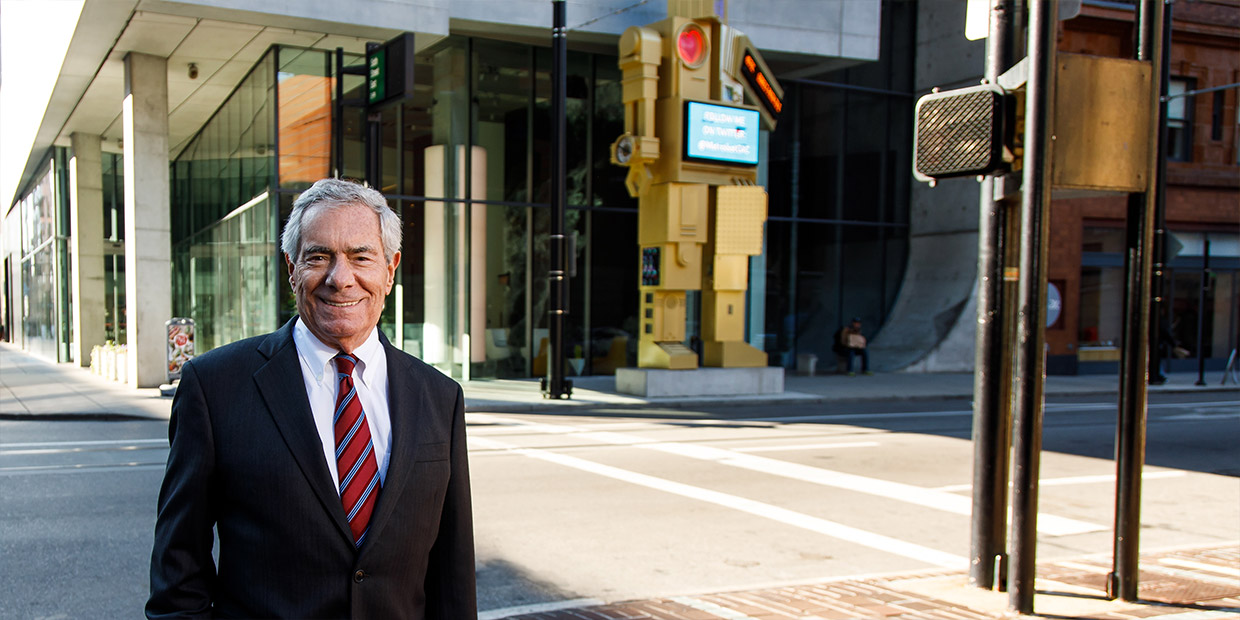 H. Louis Sirkin is one of the nation’s preeminent First Amendment and criminal defense attorneys. Over more than 50 years of practice, Sirkin has consistently defended the free speech and constitutional rights of countless individuals and businesses, including adult entertainment establishments, museums, artists, activists, and ordinary citizens in all types of cases. Lou is both a Fellow of the American College of Trial Lawyers and the American Board of Criminal Lawyers.

Born in Cincinnati, Sirkin obtained both his undergraduate and law degrees from the University of Cincinnati. He entered private practice and quickly earned a reputation as an effective civil rights lawyer. He achieved national prominence in 1990 when he successfully defended the director of the Contemporary Arts Center in Cincinnati against obscenity charges for displaying the nude artwork of Robert Mapplethorpe. The controversy was later depicted in the Golden Globe-winning movie Dirty Pictures (2000). He has served as President of the First Amendment Lawyers Association and the Greater Cincinnati Criminal Defense Lawyers Association.

Sirkin is a true believer and has distinguished himself as a compassionate mentor, a sought-after lecturer, and a tireless advocate. He has represented persons whose message was completely contrary to his own beliefs and has risked both his career and his physical safety to do so. He was once escorted out the rear door of the courthouse to avoid being assaulted by individuals who opposed his clients. But perhaps Sirkin’s most notable accomplishment was his 2002 victory before the United States Supreme Court in Ashcroft v. Free Speech Coalition.

In addition, he has defended on appeal numerous individuals on death row. In total, he has handled more than 125 appeals in civil and criminal cases.